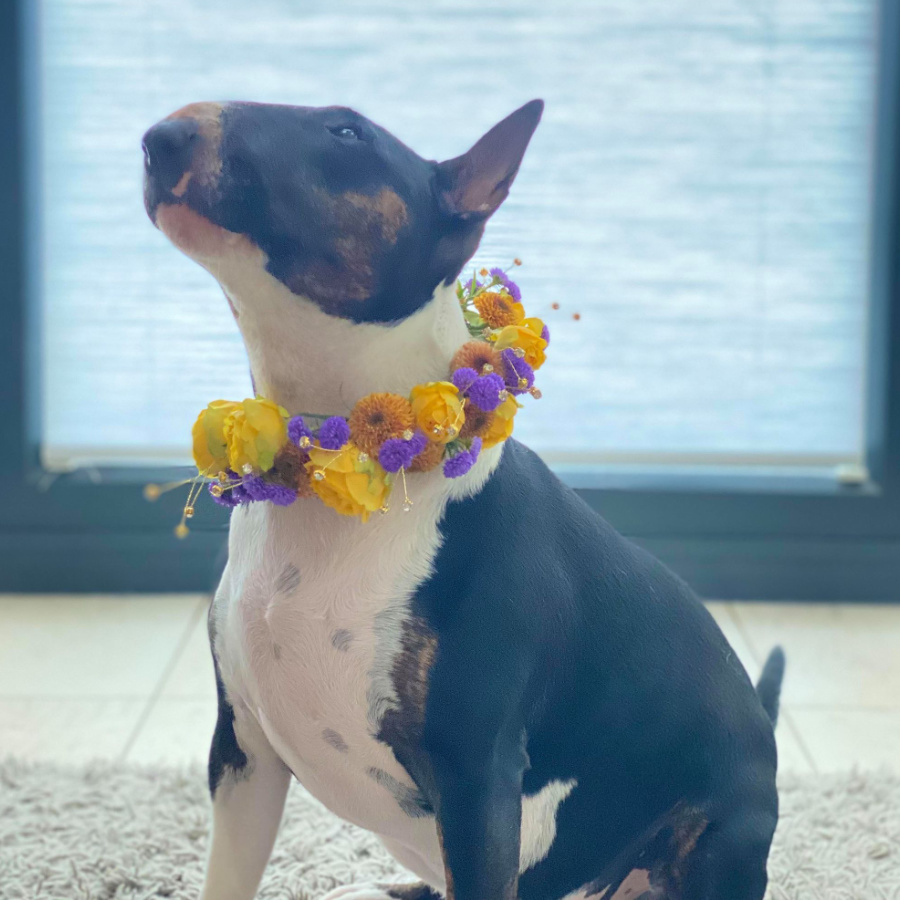 Since the outbreak of COVID, the team at Floral Fundamentals have adapted to the situation and have continued to find ways of holding their annual photo shoots.

Most of these involve our Partners shipping the flowers, foliage, plants and sundries direct to the Ambassadors. This time it was the turn of the UK and Irish designers to take part and the flowers were shipped by one of our latest Partners – Hamifleurs.

What no-one could have anticipated was that on the day of shipping there would be protestors at the port of Dover that delayed some of the drivers who then discovered the lack of fuel for their homeward journey. In fact, one of the deliveries was delayed for technical reasons but everyone involved took the attitude that the show must go on!

Everyone pitched in including a certain canine friend called Rogue owned and loved by Morgan Douglas Nuth. Morgan described the genuine fear in the delivery drivers’ eyes when he said that he had tried 10 garages, but none had petrol. “He even started to look with longing at my car,” said Morgan “I thought he was going to try to siphon my petrol!” All the drivers managed to deliver their load of flowers and you will be able to see what happened next when we produce our newsletter. In the meantime, look out for Miss Rogue as she struts her stuff in Ascot London – the best dressed canine in town!